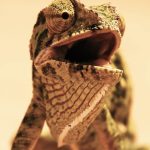 Luca is poor and works, precariously, as a waiter. He lives a problematic relationship with his girlfriend, and his life is full of doubts. One day Luca meets Chiara, a friend who had studied philosophy with him at university. She has realized her dream opening a night and is now well-off. Luca leaves everything behind and starts a relationship with Chiara. He manages the nightclub with her and, thanks to the cocaine and call girls sold to politicians, he gets out of his hard economic situation. But Chiara does not manage to obtain the contract for an old furnace, so she blackmails Saverio, a member of the Parliament. Chiara owns a video in which Saverio has a sexual intercourse with a transsexual…

Filmed in 2009, the story of the film is inspired and influenced by what was happening in Italy, particularly in Rome, in those years: A wave of existential and jobless precariousness to which no one was prepared, while scandals and interceptions put light the dissolute private life of some politicians … In an Italy like that everything is allowed to save themselves and enter the tour that counts …